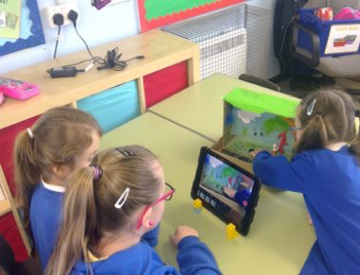 Crynallt Primary works closely with Into Film to support the teaching of film across the curriculum. Into Film is a UK-wide cultural arts education organisation, which puts film at the heart of children and young people’s learning and personal development. It provides young people with the opportunity to experience film creatively and supports teachers to achieve a wide range of effective learning outcomes using film. 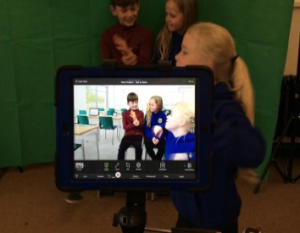 Using Film in lessons is a great opportunity for children to socialise and improve their communication skills and self-confidence. It encourages children to voice their opinions and develop their literacy skills for example, discussing films, writing stories and reading reviews. The children’s speaking and listening skills are developed through discussions within groups and partners. There are opportunities for group work throughout a film project. The children support each other and are able to learn so much from each other. 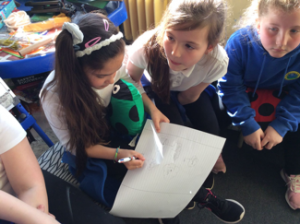 The New Curriculum for Wales organises learning around six areas of learning and experience which includes Expressive Arts. Expressive Arts focuses art, dance, drama, film and digital media, and music. Film covers a number of these objectives and encourages children to develop their creative, artistic and performance skills. 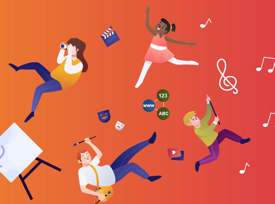 As well as watching and analysing films, our pupils are also given the opportunity to create their own films. This allows children to develop their Digital Skills using iPads and exploring new apps. The children have enjoyed using different apps such as Green Screen, iMovie and Stop Motion. 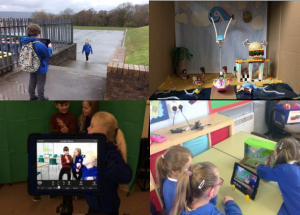 In Crynallt Primary we use film to enrich the curriculum and the skills the children learn. We have been able to explore themes and issues through the use of film. For example, this year the children created films based on our topic Kids Against Plastic. Year 6 focused on Documentary and created their own films on Plastic Pollution using iMovie and Green Screen. Year 4 looked at Animation and created their own Stop Motion films!

Our work on film was previously used as a case study by IntoFilm;